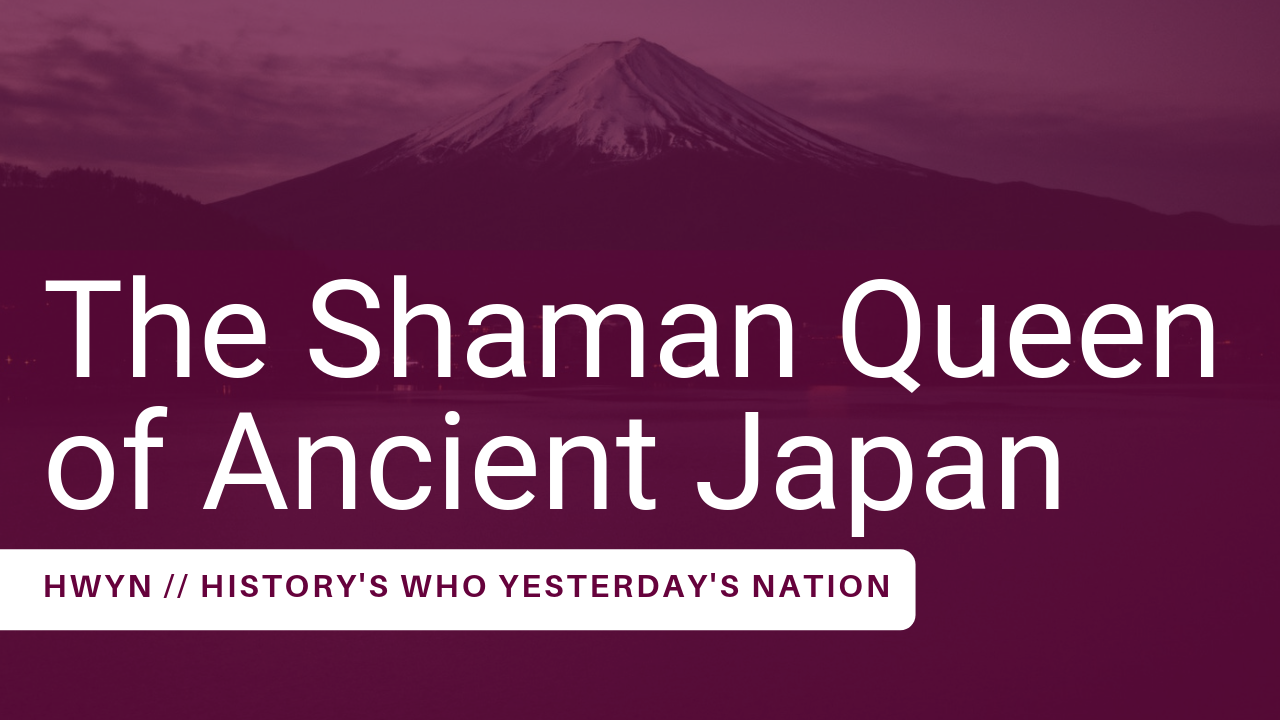 Toward the end of the Yayoi period of Japan, the population had boomed and tension between landowners grew. By the early 3rd century AD, there were more than one hundred communities established in the region known as Yamatai. Though they had established Emperors before this time, infighting amongst families had been raging for almost a century with no formal agreed upon ruler. It was Himiko, a shaman queen, who stepped in and gained control over the kingdom.

Possible Wu Origins of the Yayoi and Yamatai

Most of the historical documentation about the Japanese islands during this time were written by administrators in China during the late Han dynasty and Three Kingdom Period. From 220 to 280, China was divided into three states. The Wei, Shu and Wu. In most of these writings, the lands held by Himiko are referred to as Wa. While many theories exist about the origins of the Yayoi people before reaching Japan, many scholars have accepted a possible connection with the Wu Kingdom located near the Yangtze River. One source of evidence for this is a Kyushu record dating from 450 BC which reads “Wajin the self-named descendants of Zhou.” The ancient Wu were considered a state of the Western Zhou Dynasty from 1,000 BC to 473 BC, which fits well in the timeline of migration of the Yayoi, who began arriving in Japan sometime before 300 BC.

Interestingly, the Chinese word “Wu”, can be translated as shaman or sorceress. In an ancient Chinese dictionary of character meanings (Shuowen Jiezi), the term is described as a “sacrifice; prayer master; invoker; priest”. The Jomon, Yayoi and early Yamato Japanese peoples practiced animism, and shamans played a vital role in the daily survival of their communities. Villagers relied on the ceremonies and rituals of the shamans to ensure successful hunts, agricultural prosperity and personal health.

We know that Himiko was a shaman and elected leader of the Yamatai because of the Records of the Three Kingdoms, written in 297. Inside is an entire section on the “Accounts of the Wa People”, and it states that “The people of Wa dwell in the middle of the ocean on the mountainous islands southeast of Tai-fang. They formerly comprised more than one hundred communities. During the Han dynasty, Wa envoys appeared at the Court; today, thirty of their communities maintain intercourse with us though envoys and scribes.” It goes on to eplain that “The country formerly had a man as ruler. For some seventy or eighty years after that there were disturbances and warfare. Thereupon the people agreed upon a woman for their ruler. Her name was Himiko. She occupied herself with magic and sorcery, bewitching the people. Though mature in age, she remained unmarried. She had a younger brother who assisted her in ruling the country. After she became the ruler, there were few who saw her. She had one thousandn women as attendants, but only one man. He served her food and drink and acted as a medium of communication. She resided in a palace surrounded by towers and stockades, with armed guards in a state of constant vigilance.”

Himiko first sent emissaries to the Wei in 238 to pay tribute to their rulers and establish a political relationship with their leaders. She gifted them with slaves and fine cloth. The Emperor was impressed at her portrayel of loyalty though she ruled a kingdom that was a far distance away. In exchange, he bestowed her with the title “Queen of Wa Friendly to Wei” which was placed on a gold seal with purple ribbons. It was said that her younger brother ran the daily affairs of the state, while Himiko herself remained largely in isolation, heavily guarded by soldiers and attendants.

When she died, a large burial mound was constructed in commemoration, and is the earliest mention of “Kofun” style funerary rites. A new king claimed rulership over the people, but a violent revolt soon followed resulting in more than a thousand casualties. Eventually, a thirteen year old relative of Himiko named Iyo was chosen to be the next shaman queen in succession. The oldest existing Japanese histories, the Nihon Shoki and Shojiki, do not name Himiko, but do describe multiple powerful Empresses from earlier periods. Many debates have ensued to determine the exact historical figure that matches the Wei and Han descriptions. However, modern portrayals of her run the spectrum, from demon conjuring dark magician to sexy seductresses. Her namesake can still be found around Japan in unexpected places, like trains, water taxis, restaurant menus and video games.

0 comments on “The Powerful Shaman Queen of Pre-Classical Japan”