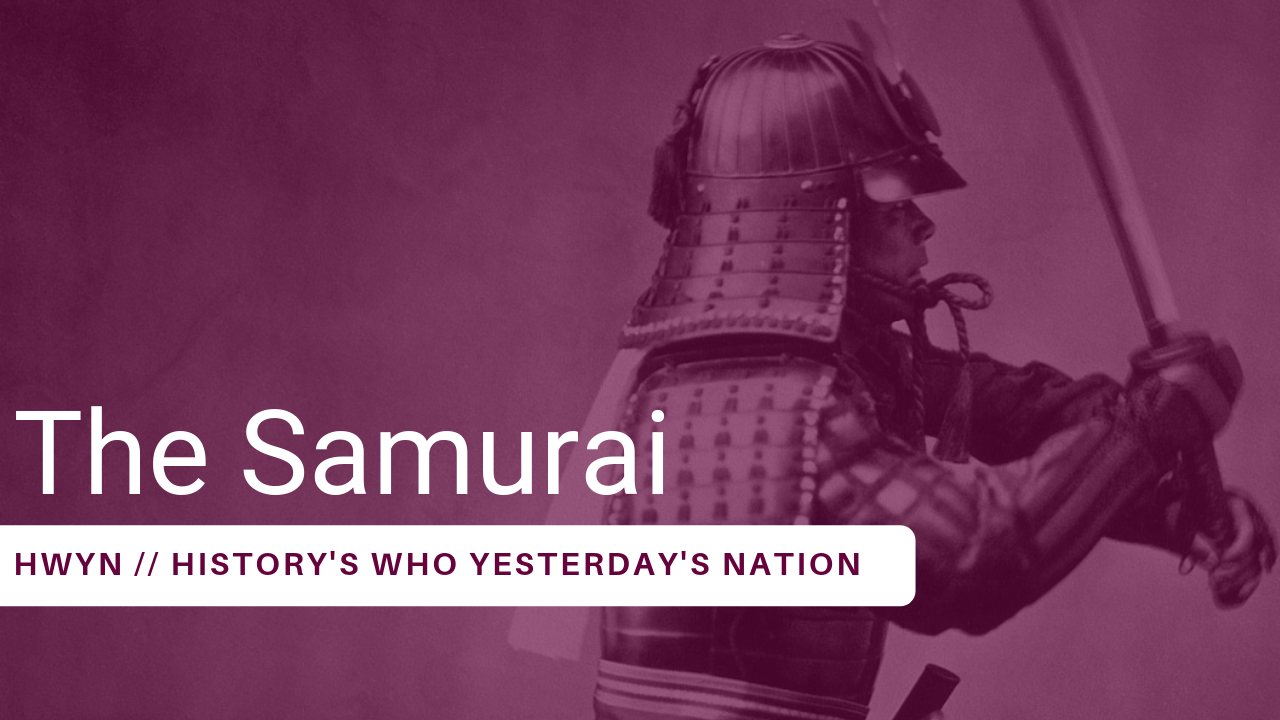 During the Yayoi and Yamato Periods of Japan, powerful clans who claimed descent from divine Kami or spirits had risen to power. By the seventh century AD, Japan saw a restructuring of its agricultural based economy and government, in favor of a Chinese inspired centralized authority to which all pledged their allegiance. While many clans remained in existence, they became largely vassal states of the Imperial family. The introduction of the Taika reforms and the Taiho Code, brought about a rigid class system which was based on merit and loyalty to the Emperor. This rank and cap system included 30 different titles, the top 6 of which were held by aristocrats. Those who fell below this rank performed various roles within the government, or contributed to the society through specialized skills, farming or labor. The word Samurai means “to wait upon”, or “to serve”. And initially, Samurai was a class of people within this hierarchy which existed in the center of this hierarchical ladder, giving them access to prominent positions which were well respected and offered potential reward.

In this system, all subjects under control of the Imperial house, and the lands on which they lived were considered public property as the ability to privately own land had been abolished. Citizens which ranked 1 through 6 were provided with a kubunden, or distributed field of around 20 acres, and taxed 3% of their harvests. During the Heian period, the aristocrats at court had become rather isolated within the capital. At this time, members of the upper class created many incredible works of art and literature, yet the governance of the rural areas became frequently neglected.

Shoen, or tax exempt, privately owned lands were initially reserved for monasteries and shrines. However, Shoen eventually became used as rewards and gifts for members of the Imperial family and their friends and officials. So much land was passed around that by the eleventh century, the Imperial court had run low on sources for tax revenue and in turn lost its ability to pay their army. In order to protect their acquired lands and properties, aristocratic families who owned land began to hire members of the Samurai class, providing them with military training so they could defend their territory against criminals and rival clans.

The skills of these warriors strengthened, and at times were sought out by the Imperial court itself to push back the Northern Emishi peoples and to put down rebellions throughout the kingdom.  The strongest of these warriors were provided with the title “Commander in Chief of the Expeditionary Force Against the Barbarians” or Shogun. Over time, these Shogun gained influence and power, and the military commanders made most of the government decisions, while the emperor and his family were reduced to de facto rulers and basically served a ceremonial role as the nation’s figurehead. The strength of the Shogun and Samurai were tested in the late thirteenth century, when the Mongol Empire began a series of attacks on Japan. The Shikken rulers of the Hojo clan along with allied families and their Samurai warriors fought fiercely on horseback with spears and bows. Their unconventional military tactics combined with the destruction of Mongol ships by typhoons and thunderstorms, helped secure their independence from the foreign khaganates of mainland Asia.

By the fourteenth century, the infamous samaruai katanas had become perfected. Just in time for the upcoming Sengoku jidai, or warring states period. During these bloody years of civil war, japan was divided into many states, all vying for control of the shogunate. Defending ones property from the perils of the day, required the services of expert Samurai, and it was during this time that their power grew. Throughout the 16th century, clans clashed against their neighboring rivals, and the introduction of guns from Europe increased the level of danger and destruction. The violent and tumultuous lives of the Samurai during this period called for a world view that encouraged honor and bravery. The Bushido code and ritual suicide became methods for the battle hardy warriors to establish a level of order to the chaotic times. The eight virtues of Bushido included living a life that upheld Righteousness, Courage, Compassion, Respect, Honesty, Honor, Duty and Self-Control. Failing to live up to these lofty expectations could mean losing respect. Bringing dishonor to oneself or one’s family was the worst kind of crime for Samurai, and those who failed to defend their daimyo, or who were going to be captured and tortured or humiliated following a battle frequently practiced Seppuku or Harakiri. These elaborate ceremonial suicides demanded a painful end, where the Samurai warrior demonstrated his bravery and courage even in the last moments of life by slicing or stabbing himself in the belly. Such an act proved that the warrior killed himself to restore his honor before death, not simply out of cowardice or an unwillingness to face his enemies.

Toward the end of the Sengoku Period, Hideyoshi had successfully unified Japan under a single authority once more. After assuming leadership, he established a number of new laws and reforms, one of which abolishing weapons for all except the Samurai. During the tumultuous years of war before his reign, many young men of lower standing had risen through the ranks and been trained as warriors. However, Hideyoshi demanded that the Samurai class become hereditary based once again, permanently eliminating entry of peasants or the working class. With a stable Japanese government now created, he set his sights on foreign nations, and attempted to use the Samurai’s strength to overcome the Korean Peninsula. The attempt proved unsuccessful and at the death of the “Great Unifier”, it was Tokugawa Ieyasu who soon reigned supreme. Ieyasu officially ushered in the Tokugawa shogunate and the Edo Period of Japan, which lasted from the early 1600s through the mid 19th century. During this era, Samurai became members of the ruling class, and were also often Daimyo in their own right.  During peaceful times, the Samurai performed duties of the state, frequently taking bureaucratic roles.

Changes arrived once more in 1868, when the United States forced Japan to open its borders for trade and travel to foreigners. Samurai waged their final battles in the Boshin War, officially ending the rule of the Shoguns and placing authority in the hands of Emperor Meiji, who reigned until 1912. In the days of his rule, he changed the Edo period laws of weapons enforcement, allowing anyone to join the ranks of his new western style military. He also created laws which abolished the right of Samurai to carry their Katanas publicly and significantly reduced the power of feudal lords, thereby removing the status that the Samurais had held for so long.

Many descendants of Samurai joined the army and navy, becoming established military officials within Emperor Meiji’s regime. Others became scholars, educators and businessmen. Today, Japan likely has millions who are descended from a Samurai family, and many with Samurai surnames hold prestigious positions in corporations, legal firms and governmental office. Though these infamous Japanese warriors aren’t seen walking the streets of modern Tokyo, the Samurai continues to capture the intrigue of people in Japan and all over the globe.

0 comments on “Samurai and Daimyo”