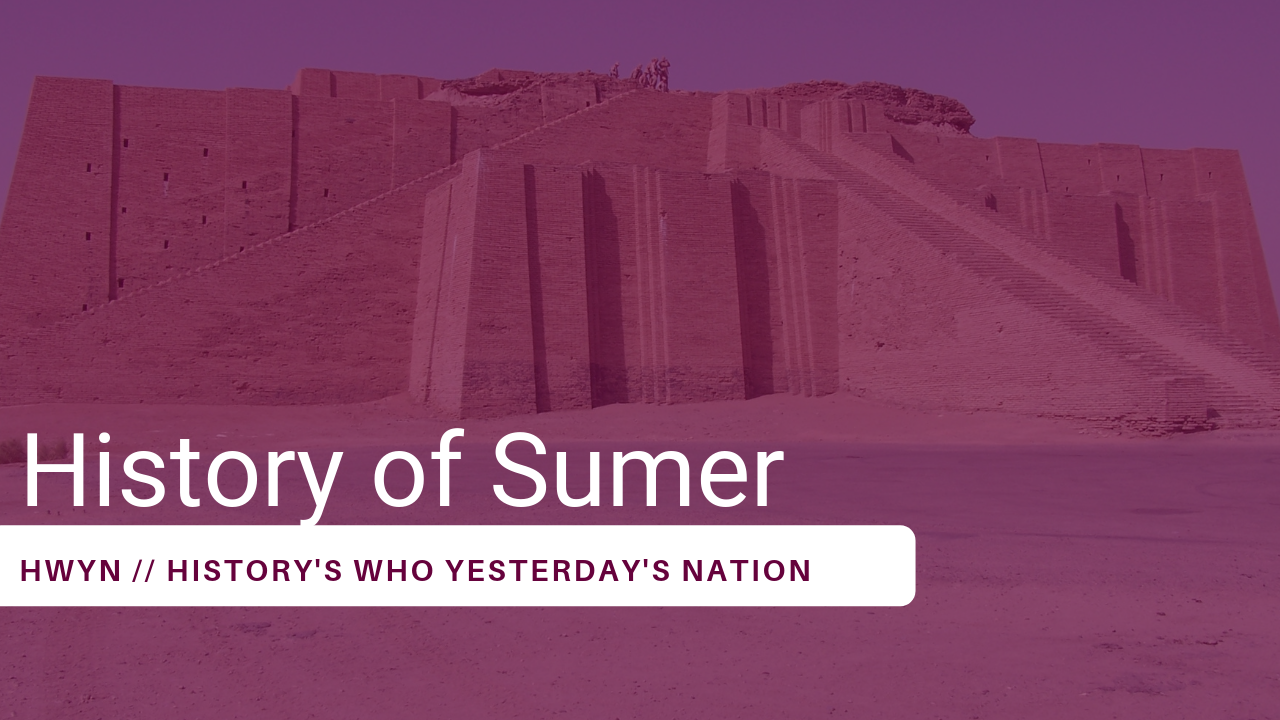 Nearly 3,000 years before the first pyramids of Egypt were built and almost 5,000 years before the city of Rome was founded, the Samarra culture had already established a flourishing civilization. This Copper Age culture was formed around 5500 BC, in a fertile plain nestled between the Tigris and Euphrates rivers. Modern excavation of the Tell es Sawwan mounds have produced incredible artifacts included advanced pottery and hand carved alabaster figures. Evidence suggests these early city dwellers practiced farming and irrigation, redirecting the waterways of the Tigris and Euphrates to grow fields of flax and other grains.

The Sumerian King List claims that the cities of Eridu, Bad-tibira, Larsa, Sippar and Shuruppak were thriving “before the flood”, as far back as 28,000 years ago. In these prediluvian days, there are many rulers named, most notably Dumuzid, the Shepherd. After the destructive waters had swept across the land, more cities were built, including Uruk, Kish, Ur, Nippur, Lagash, Akkad and Mari. Though the citizens of these communities shared similar histories, culture, language and beliefs, the city states themselves remained autonomous in the early stages of development. Initially, each city was ruled by a class of priests and priestesses, who served as consorts to the cities ruling deity. Eridu was the domain of Enki, the creator of mankind and God of water, medicine and wisdom. In Ur, it was the moon god Nanna who reigned supreme. And in Uruk, Inanna, Queen of Heaven, goddess of love and war held the throne. In time, it was the Lugal, or “great man” who would wear the crown, and as their cities grew more prosperous, and their populations increased, so too did the need to defend and expand their territories. Eventually this meant coming into direct conflict with one another and with surrounding neighbors.

Some of the first stories ever written speak of the adventures and conquests of these first dynastic kings of Sumer, such as Enmerkar, Lord of Aratta, Lugalbanda and the Anzu Bird and the Epic of Gilgamesh. The ruling “Kingship” passed through the hands of the First Dynasty of Ur in the 26th century, before being ruled by the three kings of Awan for 300 years, and then to Kish. In 2500 BC, one of these Sumerian leaders, Eannatum of Lagash usurped the thrones of all the cities in the region. He extended the borders of Sumer into Elam and other areas near the coast of the Persian Gulf. However, this Lugal was soon overthrown by a priest king from Umma, only to be taken captive a short time later by the notorious Sargon of Akkad. The domination of Sargon the Great’s Akkadian army quickly overran the lands of Mesopotamia. He appointed his daughter, Enheduanna, as the En or Priestess ruler over the city of Uruk, and it was her hand which carved some of the most memorable cuneiform tablets ever discovered, including “The Exaltation of Inanna” and other hymns, songs and prayers for the city’s Goddess. Sargon’s grandson Naram-Sin continued to rule with an iron fist, subjugating many nearby civilizations. His infamous Victory Stele shows his defeat over the Lullubi King Satuni, and the subsequent enslavement of the population surrounding the western regions of the Zagros Mountains. However, in his quest for glory, he destroyed the temple of Enlil. According to the Sumerian poem “The Curse of Akkad”, this move angered the Gods who enlisted the Gutians to destabilize his reign. Rather than sweeping into the fields and cities of Sumer all at once with a large army, they engaged in frequent raids, which eventually crippled their economic stability and caused a famine throughout the land. The Guti specifically targeted Akkad, and delivered the final blow in 2115 BC. It was the custom of the Guti to rotate rulership, granting only short term access to the crown. Inscriptions on the King’s List states that “In the army of Gutium, at first no king was famous they were their own kings and ruled thus for three years.” By 2093 BC, Gudea of Lagash rose to power, followed by his son Ur-Ningirsu. The Gutian period was short lived though. A mere century after the Akkadian defeat, Utu-hengal of Uruk rebelled against the last Gutian king Tirigan and ushered in a second age of self-governance. However, by the end of their reign, the region of Sumer had a large population of Akkadians, Amorites, Assyrians and Babylonians. In addition, soil salinity and crop failures caused many deaths, which threw the balance of power even further away from the hands of the Sumerians. By 1940 BC, the land between the rivers was controlled by the Amorite kingdom, officially closing the last chapter of the history of Sumer.

0 comments on “The History of Sumer”