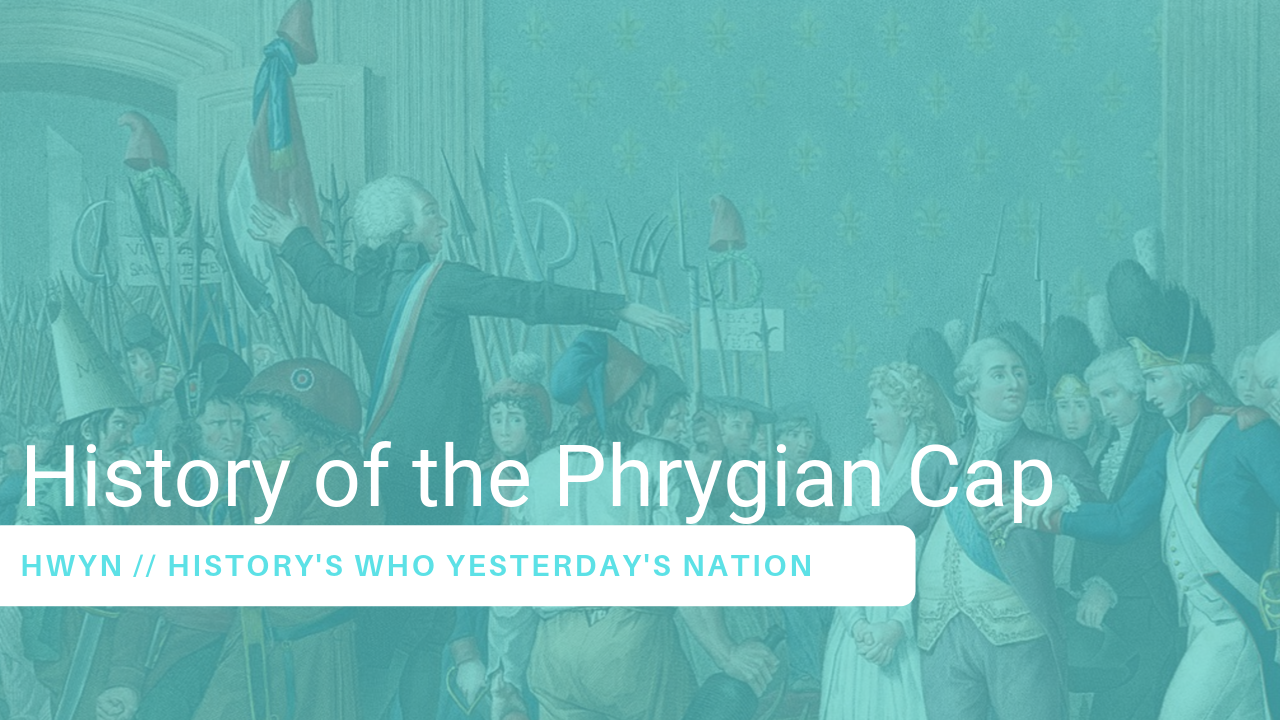 The red cap has long been a symbol of liberty and freedom. Many people assume that the Liberty Cap was birthed during the American and French Revolutions, but the truth is that this single piece of clothing has been culturally significant since the beginning of history itself.

One of the earliest depictions of a style similar to the Phrygian headwear can be found on the Black Obelisk of Shalmaneser III, which was created around 850 BC. Etched on the surface of the dark stone are images of vassal kings paying tribute to the Assyrian ruler. On the first panel is Su’a the Guzanian from Urartu giving precious metals, scepters, horses and camels to the King. The second shows Yahua son of Khumri with similar treasures. Some scholars have associated this second man to be possibly synonymous with Jehu, King of Israel. Both are wearing hats similar to the Phrygian cap, as are many more individuals shown throughout the obelisk. Greeks also often depicted people from the East as wearing the distinct hat, particularly those from Anatolia, hence the name Phrygian Cap. Many sculptures, pottery, paintings and mosaics made throughout antiquity showed the Trojans wearing them, particularly Paris, who was responsible for the taking of Helen. Aneas, the trojan warrior whose descendants founded Rome also wears one, as does Ganyamede, the cupbearer of the Olympians.

The God Attis was also often portrayed with a Phrygian cap and was one of the most important deities in the Anatolian pantheon. He was the consort of Cybele, the personification of the Great Mother. His religious cult was administered by the Galli, eunuchs who practiced self-castration. It also became a significant symbol of another God who was worshipped by multiple nations of the ancient world, Mithra. Those who followed the Mithraic rites often wore the hats as well, including the famed Magi, which is why the three Wise Men are so frequently stylized with the familiar red cap.

It’s important to note that the cap wasn’t limited to those living in Phrygia, but they were also shown to adorn the heads of the female Amazon warriors, Scythian archers and Thracian horsemen. Alexander the Great’s famed Macedonian cavalry often wore Phrygian style helmets. In Rome, the Arch of Septimius Severus shows Parthians wearing the cap, and the Arch of Constantine likewise shows Gauls appearing with the same headgear. And, this roman relief panel from the Ludovisi sarcophagus shows a battle between the Romans and Goths in 260 AD. Since the “Barbarians” from all corners of the Roman empire often wore these hats before being taken captive, it became a symbol of freedom itself, since only emancipated Roman citizens could once again wear one upon their head.

Soldiers from various groups from the fourth century BC onwards adopted phrygian style designs for helmets, some with elaborate metal beards or perched eagles. They can even be seen as late as the Middle Ages, in the uniforms of some Crusader and Norman armies.

The phrygian cap saw a major revitalization during the 18th century when it became the symbol of various political uprisings. This Scottish Liberty Button was worn by Jacobite supporters of the House of Stuart and Bonnie Prince Charlie. In America, the hat was frequently donned by members of the Sons of Liberty and shown at the top of Liberty Poles throughout the colonies. Columbia herself wore a phrygian cap, as seen here with George Washington or here at the National Memorial Cemetery of the Pacific.

The Liberty Cap saw its most memorable modern iconic status during the Jacobin rebellion in France, where it was called the Bonnet Rouge. They also adopted their own version of the Goddess of Liberty, Marianne. French protesters continue to wear the red hat as a reminder of the freedoms demanded in the French Declaration of the Rights of Man and of the Citizen.

Even today, the cap can be seen in popular movies, tv shows and video games like Papa Smurf, the Seven Dwarfs or Link in the Legend of Zelda series. Interestingly, these characters usually embody some idea of freedom from the tyranny of Gargamel, the Evil Queen or Ganondorf, making it a symbol that continues to have an impact on our modern lives, whether we know it or not.

0 comments on “The Phrygian Cap – A Symbol of Liberty”